I spent the past weekend at a friend’s cabin. It rained all day Saturday, resulting in our being stucked inside with 4 kids under 10 and 6 adults. Understandably, I was thankful to be able to sit outside by myself Sunday morning and paint this. I eventually had a visitor, but it still was a nice quiet time. 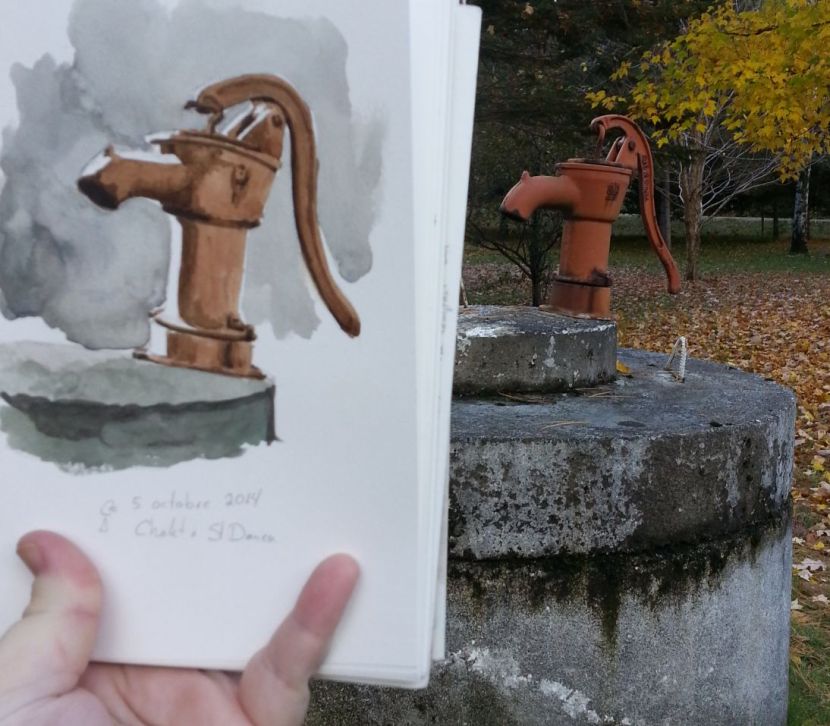 The model and the art. By the time I was ready to take the pic, the sun had moved behind the trees and the clouds had come back. 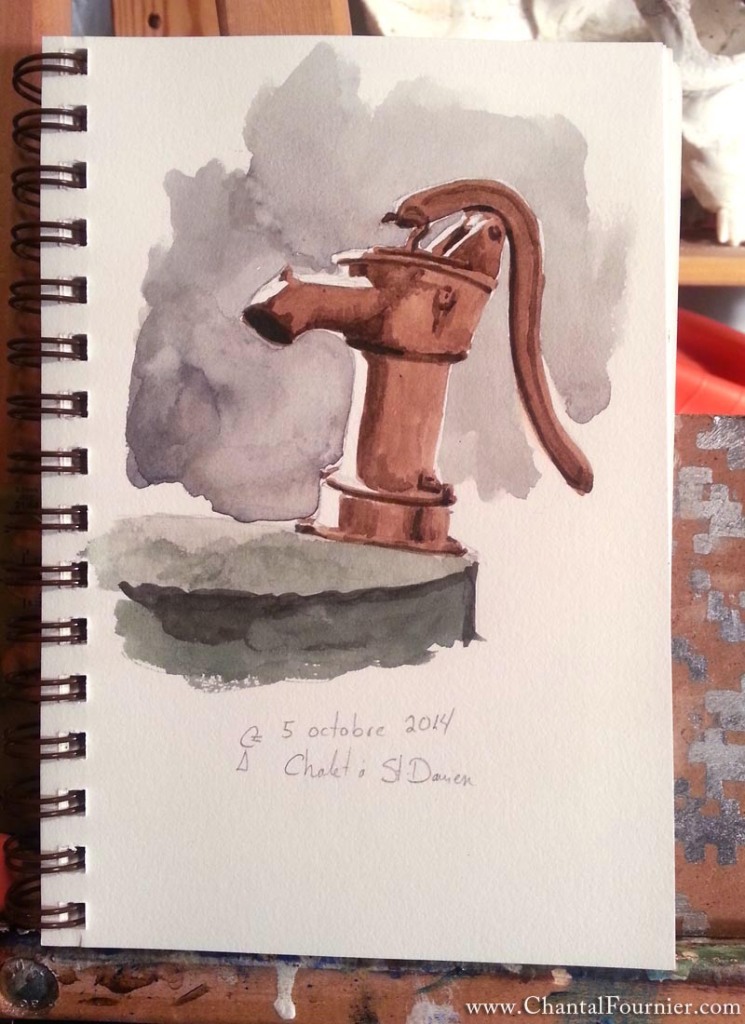 The result. Pencial and watercolour in a Strathmore Visual Journal sketchbook.

A few weeks ago, I traveled to Prince-Edward-Island for the first time. It was a lucky thing, my boyfriend was going there for work and I was able to tag along. It being october, a lot of the tourist attractions were closed, but fortunately, there were still a few cruise ships dropping by and some tourists at the hotel so some places were still open. The weather was quite good for the season too, we got almost no rain.

I took some of my time there to paint. I walked around a lot, scouting for good places to paint. On my second day, I chose to paint the cruise ship  and the Cows ice cream shop. Now, Cows is a big deal in PEI, they even have a big plastic Cows cow in the Charlottetown airport. I also traveled to The Port La Joye-Fort Amherst historical location. It was closed but the trails were still accessible. It was much bigger than I expected and I kept thinking I’d find a better spot just a little further. In the end I didn’t take time to paint as it took me long enough to trek around the park lugging my easel and paint around that I didn’t feel like going back to the good spots.

I also got to paint St-Dunstan’s Basilica, but boy did I freeze my arse (and feet, and fingers, and face.)

All in all, it was a great trip, the food was amazing (Fish and chips!) and the people were super friendly. I even found a comic book store where a lady spun local wool she got from one of her customers and sold the result. Comics and homespun is not a mix one expects, but since some warn geeks are as rabid as comic fans, it’s a good match.

It was my first time traveling somewhere with the goal being to get some painting done so I learned some lessons: If you find a good spot and the light is good and the weather allows, paint it RIGHT NOW. Don’t wait, tomorrow it might rain, or there might be a funeral at the church you want to paint, or you might not have time. Also, find a way to not have to carry everything in your hands, it’s a pain when you just want to take a picture or even zip up your coat.

Cruise ship going past Charlottetown on my first day in PEI. 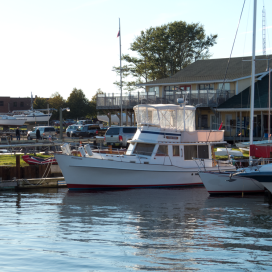 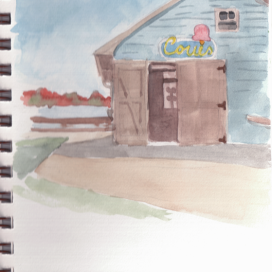 Cows creamery near the cruise ship docks. This is the place with all the nautical tourist stores, t-shirts dyed with PEI red dirt, seashells, maritime flavored souvenirs. And of course, ice cream. 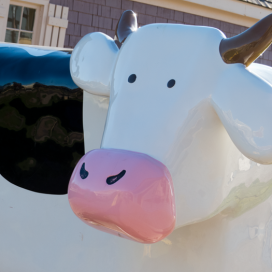 The Cows cow! One of the ladies working in the creamery wanted me to include her in my painting, but from where I was, she was hidden by a trash can.

Another cruiseship at anchor, the Maasdam. 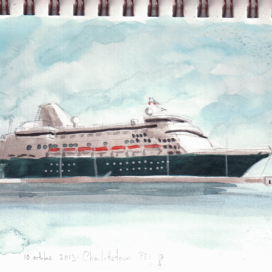 A lot of tourists walked past me as they were heading back to the ship, I was grateful that some told me exactly when it was expected to depart.

Prince Edward Island’s coat of arms in front of the court building. Surprisingly, it’s in French.

In Port La Joye, I found many strange and beautiful mushrooms, this was the most delicate. 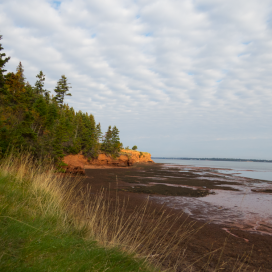 A good example of the red cliffs in Port La Joye. 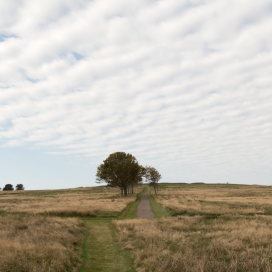 Port La Joye, it was grey and bleak and reminded me of an Andrew Wyeth painting.

More bleakness and very even clouds.

That doesn’t make one want to cross that bridge. But That’s where I was coming from. 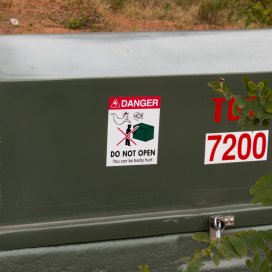 I went on a drive towards Pownal to find good views of red cliffs. The first thing I found was this weird box. I believe it’s a storage facilities for Ghost Busters. 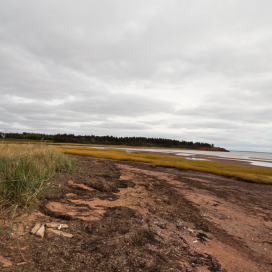 I finally found a beach in Pownal that was accessible to the public (there are a lot of big houses there and private roads.)

The basilica painting, abandonned because I was too cold. 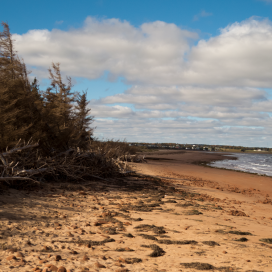 On our last day, Sylvain and me had time to drive across the island to Brackley Beach. It was windy and cold, but very beautiful. It’s also a very long and vast park. 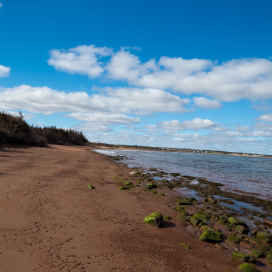 More Brakley beach, this is where you’d find a dead merfolk in a Donato Giancola painting. 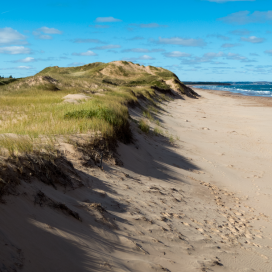 Further east in Brackley beach there are wooden walkways and grassy dunes. 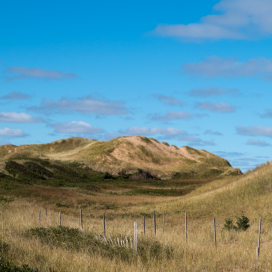 Marc doing a drawing demo of the Maisonneuve statue on Place d’Armes.

Today was day 1 of Watercolor Sketching in Historic Montreal with Marc Taro Holmes and Shari Blaukopf. I was lucky enough to attend and I got to hang out with Marc and Laurel Holmes and a group of amazingly smiling and enthusiastic urban sketchers. I posted a few watercolour paintings from life recently. These were mostly done in preparation for this event, because I have a bit of pride and I didn’t want to show up without any practice. 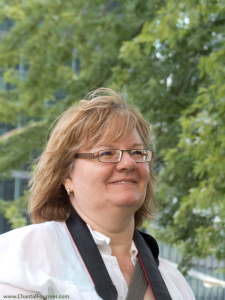 Laurel ready to snap pics of the event.

We started out on Place d’Armes, which is a big paved square surrounded by a cathedral, an ancient bank head office, a seminary and other historical buildings. It features a large monument sporting 5 statues of historical figures and 4 fountains. I got over ambitious and worked on a building with way too many windows so I was not able to finish my painting (that and my brushes were too small for the size of the painting.) I’m planning on finishing it next week since it’s just minutes away from Atelier de Bresoles. 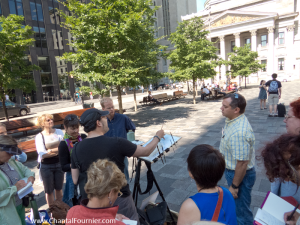 Happy Urban Sketchers from all over North America.

The weather forecast rain and possible thunderstorms, but we were fortunate and got sunshine all day (and easel collapsing wind once at the second location.) Marc’s demo consisted of a part where he talks about drawing accurately, placement of the subject on the page and concentrating on the focal point and then he dove into painting and showed us his Tea, Milk and Honey process. Of course, all workshops are a balancing act between demos and hands-on practice and we hurried to draw and paint as much as we could.

Then, after a short lunch break, we moved on to the second location, Square Dorchester where we could draw Basilique Marie-Reine-du-Monde. We again got a drawing and a painting demo. The subject I tackled this time was much more complex than my painting of the morning, yet I’m much happier with it. Here is a picture of the Basilique and the drawing and painting stages.

My painting for the afternoon.

It took about 50 minutes to draw and another 50 minutes to paint. I ran out of clean water, hence the stormy looking sky. It was done in my Strathmore Visual Journal Mixed Media Vellum Finish (that’s a mouthful) with the watercolour set I wrote about in my Arundel post. I also used the ghetto easel I made yesterday for about 5$. I’ll post about it soon since it was a cheap but efficient tool. And now I have to go to bed, because it starts again tomorrow morning!

Yep this is it! 300th post. If I was better at planning I would have gotten a special post and everything. But as it is, I just have a few new watercolour sketches done from life. 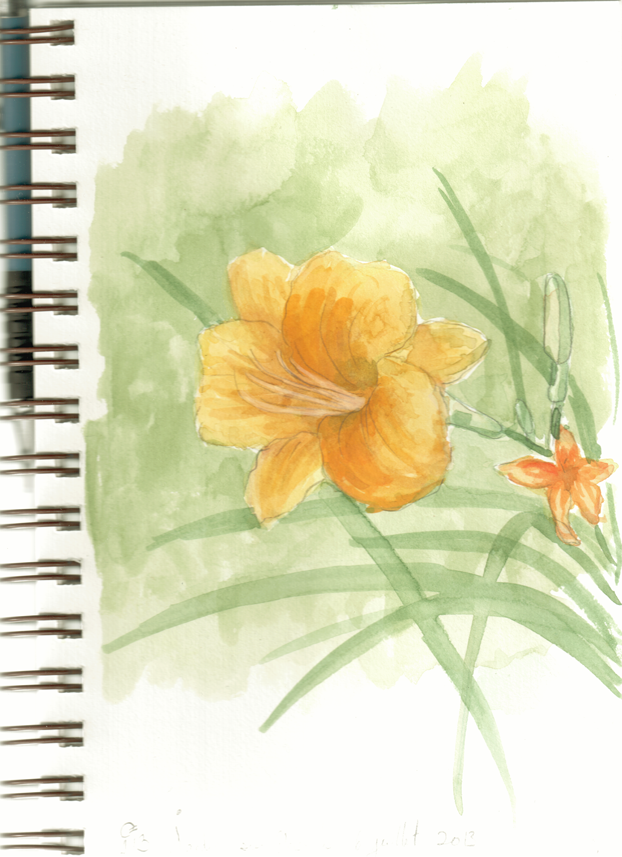 I painted this in my backyard. I’m still struggling a lot with colour mixing. Especially in the warm colours.

I drew this from a moving pontoon. We were going fast enough that houses I was drawing kept whizzing past before I had more than 5 lines down so I concentrated on the mountain in the distance and added detail as we got closer. Then I painted it when we got back to the cottage. I’m happy enough with the result.